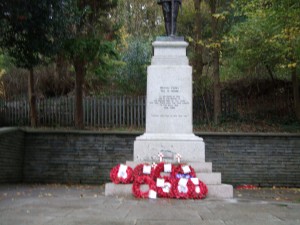 The remembrance service took place at St. Mary’s Church and started at 3pm.

Father S. Ryan conducted the church service which was attended by the town mayor and various dignitaries. Once again the pupils of Llansawel Primary School took part.

The Officers and men of the 14th signals stationed at Brawdy, the 334 Neath Air Cadet Squadron and Officers accompanied by their band and the Sea and Marine Cadets and Officers were present at the service.

The parade to the cenotaph through the streets took place with the Neath Air Cadet Band providing the music. 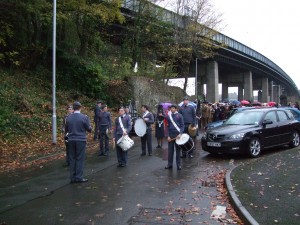 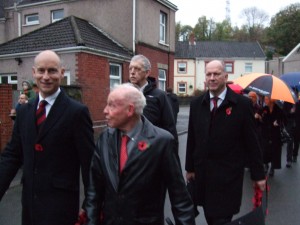 The parade proceeded through the streets, with many residents on the doorsteps to watch, to the cenotaph. 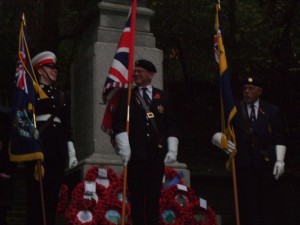 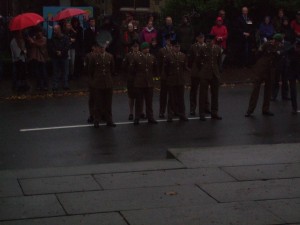 At the cenotaph a line up of the three services formed  to allow the Town Councillors and dignitaries to access the steps. Father Ryan conducted the remembrance service at the Cenotaph and the laying of the wreaths. The parade then moved to the Workingmen’s club for refreshments. The afternoon was marred by the weather. The Town Council would like to thank all who took part, also the police for their part in redirecting the traffic while the service at the cenotaph took place and at various points to ensure the safety of the parade.