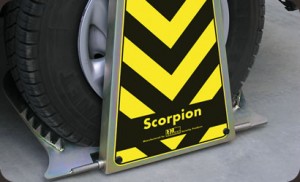 DRIVERS in Briton Ferry are being warned against parking illegally, when dropping children off to football.

Illegal parking on Old Road in the town, near the entrance of Briton Ferry Llansawel AFC, was raised at the town’s latest Pact meeting.

PSCO Dave Powell, said: “Over the last six weeks there have been concerns raised by local residents regarding the indiscriminate parking of drivers who are dropping children off to attend a planned football event being held at Briton Ferry Llansawel AFC.

“A Pact Meeting was held on October 6, and a large number of residents attended and raised their concerns over the parking , which they are worried will lead to an accident.”

The Briton Ferry Neighbourhood Policing Team, informed the residents that if agreed it would be made a Pact priority.

Mr Powell added: “It is our intention to link in with Neath Port Talbot Council traffic wardens, in a joint operation along with PCSOs to monitor the area around the football club on Sunday mornings.

“Any vehicles found parked illegally will be dealt with by means of fixed penalty.”

The news follows a previous traffic operations during the summer, where police conducted speed checks.

The issue has been a Pact priority since June, when residents raised concerns about speeding on Shelone Road and Rockingham Terrace.

At a Pact meeting in August, PSCOs Aled Musselwhite and Dave Powell told residents that six speeding operations had been conducted, with an average speed of 31mph, but that the situation would continue to be monitored.
Extract kindly used from The South Wales Evening Post