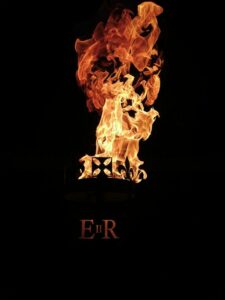 Briton Ferry Steel Cricket Club hosted the lighting of HM The Queen’s Jubilee Beacon on Thursday June 2nd. The weather was kind and Briton Ferry residents came out in force to support and enjoy the celebrations.

The evening started with a minutes silence for the late June Hughes of Ynysymaerdy Road wife of Life Member, Colin Hughes an ex chairman of the club.

The Creepers band played and were followed by St Mary’s Church Choir who beautifully sang the Platinum Jubilee Hymn.

Anne Thomas, Irene Bailey and Cara Pearce  played ‘Majesty’ which was written for the Platinum Jubilee

The beacon was lit by Deputy to the Lord Lieutenant West Glamorgan, Robert Williams and Hugh James retired Councillor.

The evening concluded with a short fireworks display kindly done by Andy of Andlin’s Fruit and Veg.

Thank you for the entertainment which was thoroughly enjoyed by all who attended.  Below are some pictures of the evening. 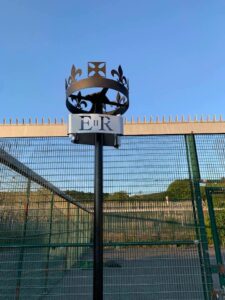 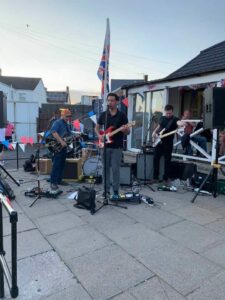 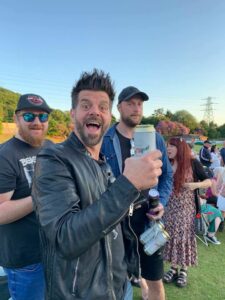 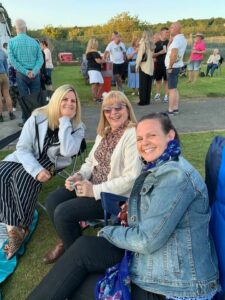 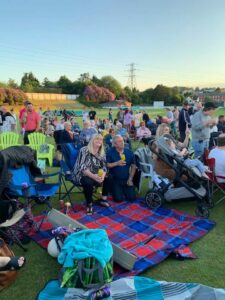 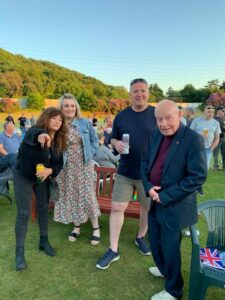 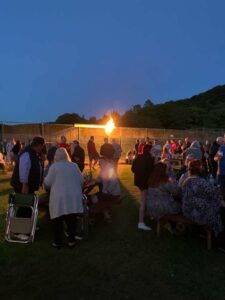 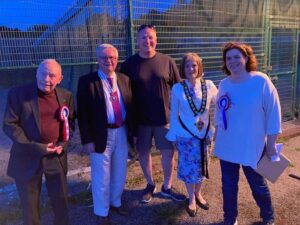